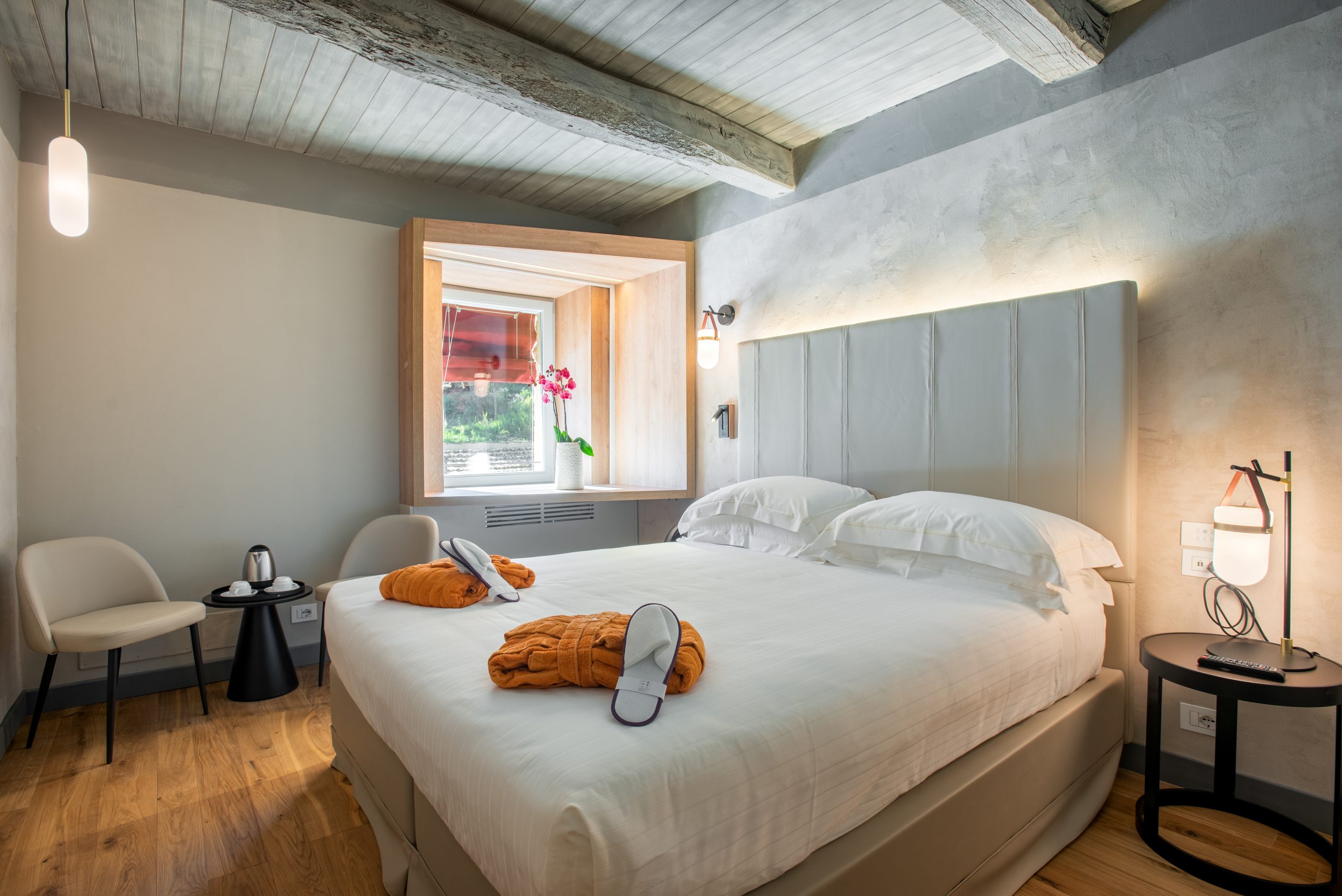 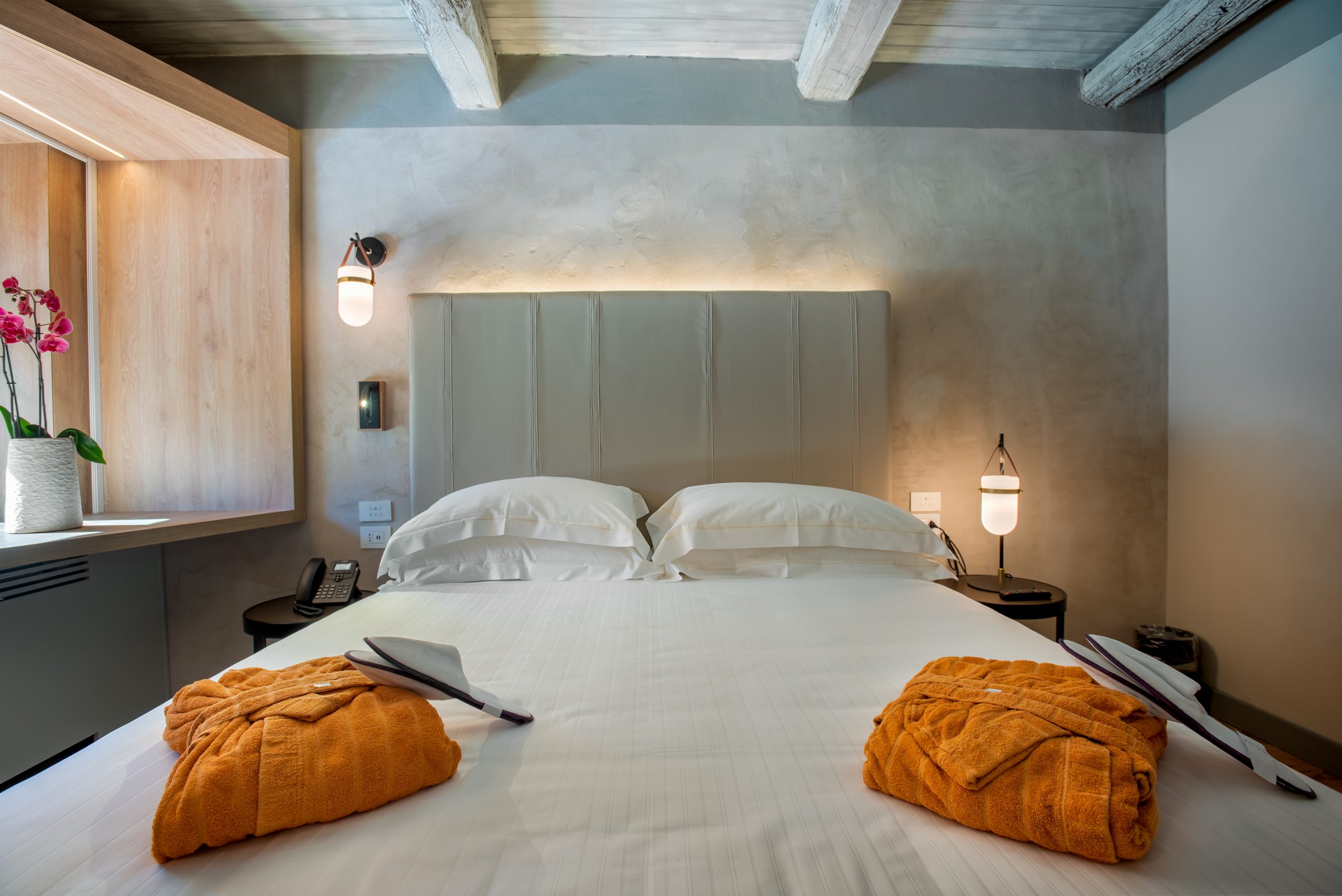 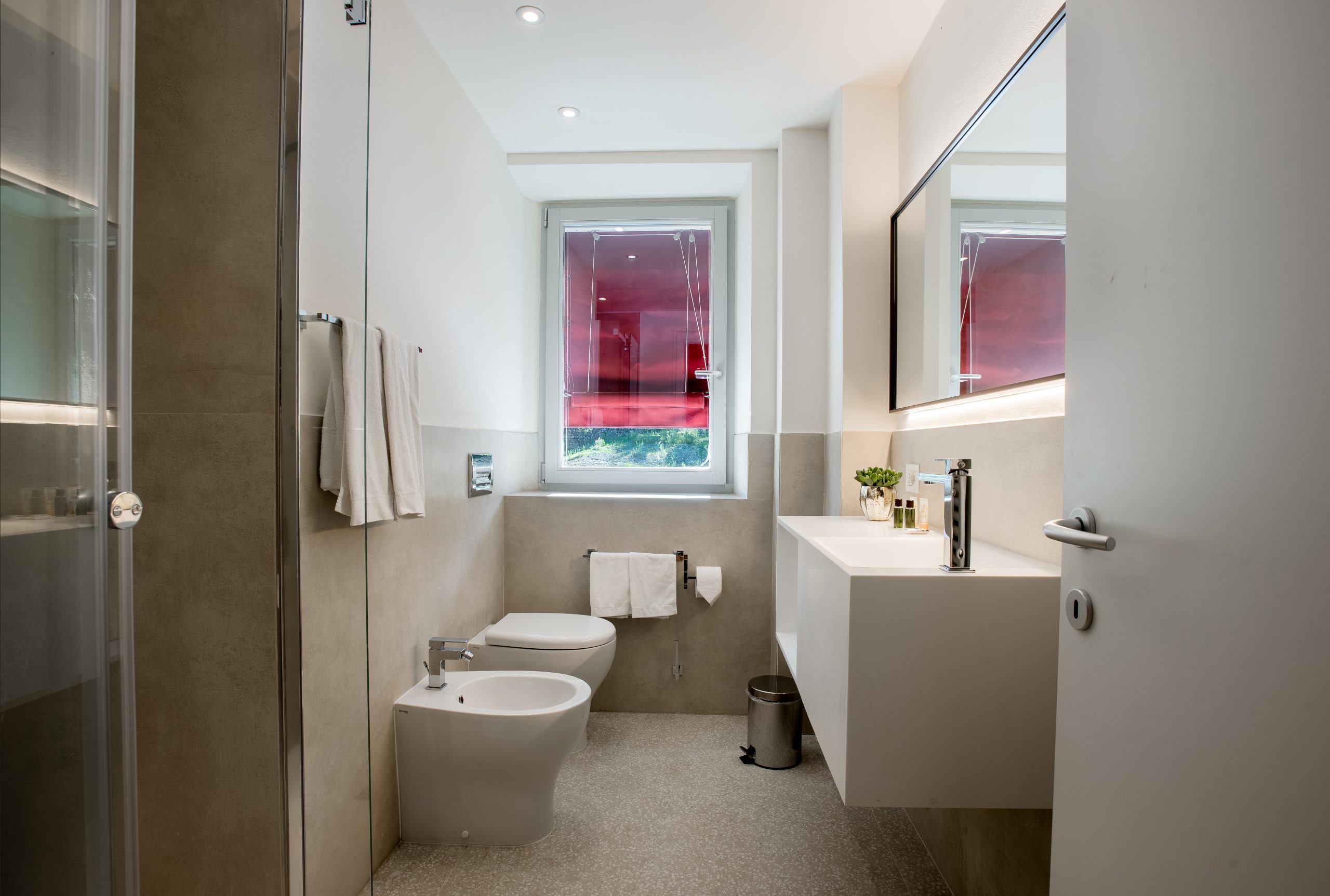 On the second floor, view on the ruins of the walls with the ancient door to the spa and the ancient Romanesque church, is equipped with a double bed and bathroom with shower.

The 7 rooms composing the Locanda di Petriolo have the names of famous people who have been part of the history of Tuscany.

In the 14th century he was a studious of Siena. and made a report the mandate of the government, he described in great detail the Petriolo Bath in his report on the state of the area.

The Guests have free access to the Thermal Baths. 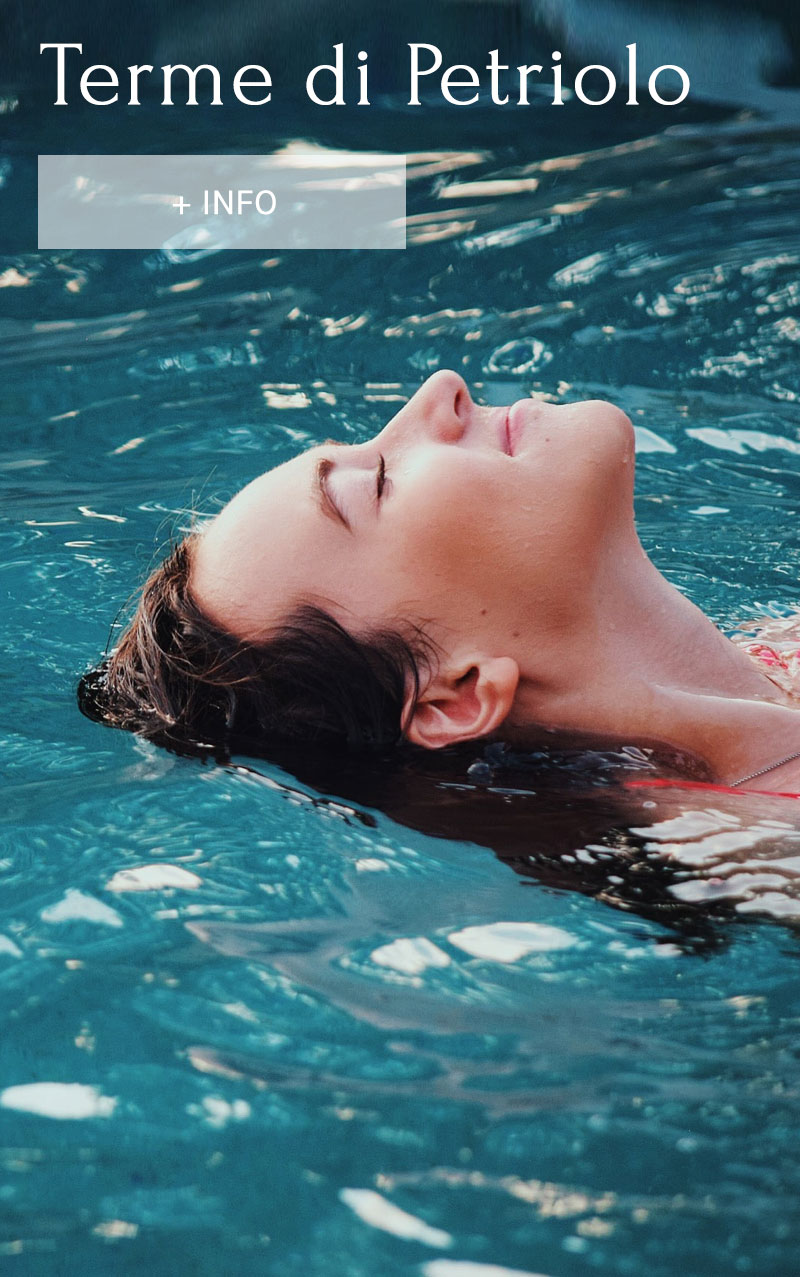 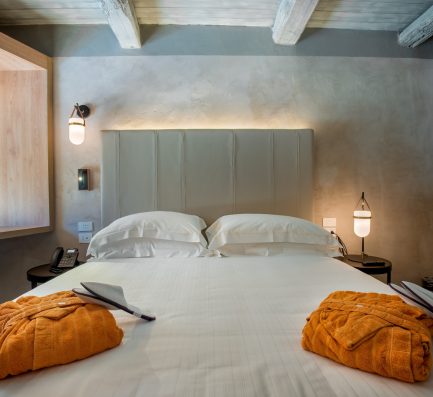 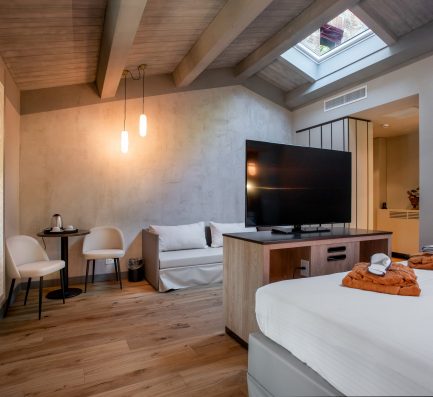 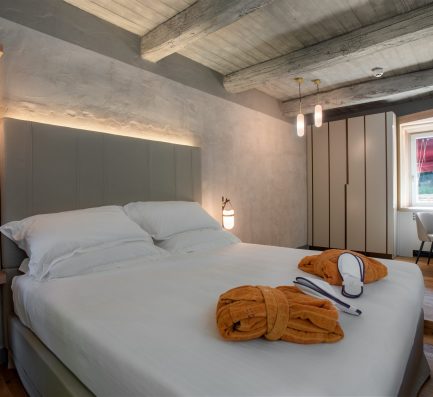